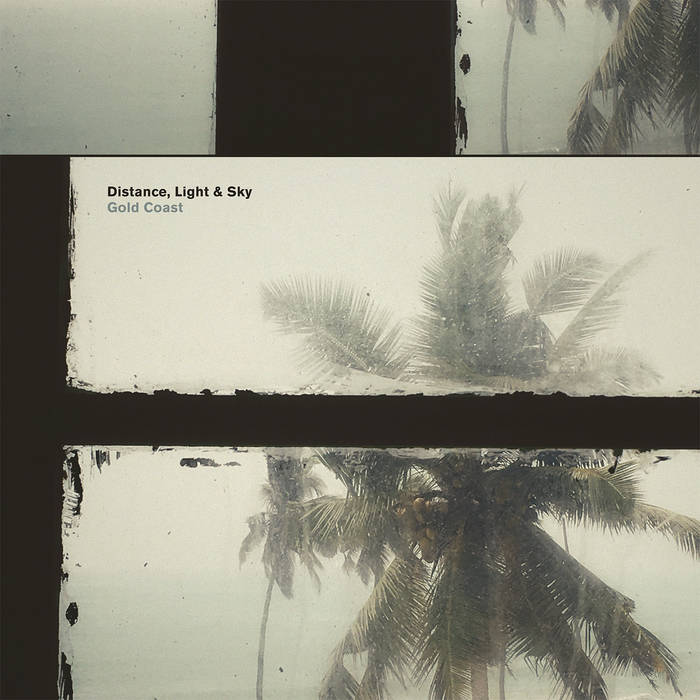 „It's not clear who provides the distance, the light, or the sky in this collaboration between, Chris Eckman (of The Walkabouts), Chantal Acda (Sleepingdog, True Bypass) and avant jazz percussionist Eric Thielemans (of EARR Ensemble), but the trio is beautifully balanced“ said Uncut Magazine about Distance, Light & Sky's debut album “Casting Nets” (Glitterhouse Records, 2014). „This is a low-key beautiful record; hushed and patient, it waits for the listener to take it into their heart“ praised Americana UK in its February issue of 2015. The new album entitled “Gold Coast” shares a couple of things with its predecessor as Chris Eckman knows: „We again recorded the album with our friend Phill Brown at Sono Studios outside of Prague. Phill has one of the most incredible recording histories of anyone from the rock music era, having been involved with records by The Rolling Stones, Bob Marley, Roxy Music, Talk Talk (yes, the classic “late period” ones), Beth Gibbons and many more. He also worked with The Walkabouts on two albums and more recently on Chantal’s last solo album “Bounce Back.” Phill has a wonderful ability to bring space and texture into his recordings. He places microphones in magical spots and searches for unexpected ambient sounds that beautifully compliment the material. We wanted to work together again at Sono Studios because not only do we all feel comfortable there, but the large (though still warm) recording space provides plenty of options for sonic exploration. For example, the room has a grainy, ethereal reverberance that almost provides an extra instrument to the ensemble. We felt that we hadn’t exhausted the ideas that such a studio provides and so we enthusiastically returned.“

'Gold Coast' consists of 9 wonderful and exceptional pieces: “We recorded the tracks with all three of us playing and singing at the same time. We left the expressive qualities of the performances as they were, embracing irregularities and spontaneous decisions and so-called mistakes. We didn’t make digital intrusions. A few elements were added later, but the basic triangle of Eric, Chantal and myself was left mostly uncorrupted. Much more than on the first album, we thought of the band as a single entity, a single voice. Chantal wrote lyrics and music for me to sing and I did the same for her and the songs found their essence only after being arranged and buoyed by Eric’s drums“ says Chris Eckman.

While there is a distinct melancholy to most of these songs, there is certainly not a sense of resignation. These are songs of community, both in how they were fashioned and in the emotions they ultimately embrace. The narrators are like most of us in these times, whittled down by chaos and disappointment, but still not about to be broken. The search is still alive. The embrace is still strong. The fight is still there.

Bio: Classic and sublime songs seperate artists like Distance, Light & Sky from the mainstream. Distance, Light & Sky is not a solo- not either a side project it is truly a band of its own. Alongside Chris Eckman you'll see the adorable female singer and songwriter Chantal Acda from the Netherlands/Belgium. Chantal is well known for her work with the band the Isbells and recorded several solo albums. Her latest effort is the album “Live at Jazz Middelheim” which she recorded with Bill Frisell. Next to her and Chris there's percussionist and composer Eric Thielemans of the EARR Ensemble who's famous for his work with the legendary Sun Ra saxophonist Marshall Allen. You'll see that Distance, Light & Sky consists of 3 musicians coming from a different backround connected by a common musical vision.