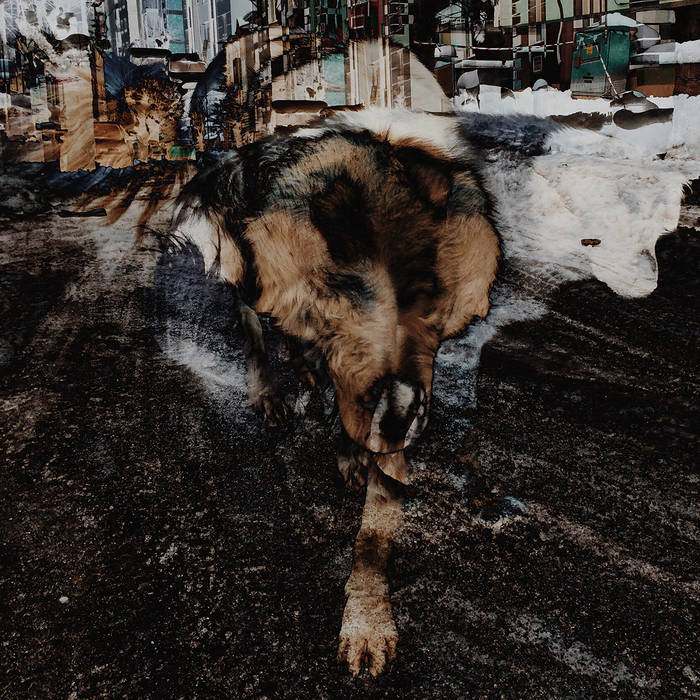 Primitive Energetics' is the new album by Joe Volk + Naiare, the band he set up in Switzerland to tour with him for his last release 'Happenings and Killings'. The band features Thys Bucher on drums and Jürg Schmidhauser on bass. The album will be released April 24 at Glitterhouse Records.

After the tour, Volk and Bucher started working on new material, and were joined by Schmidhauser once they'd created their first new forms together. The dynamic between drums and guitar, how one influences and dictates the other (and vice versa) were instrumental to the process of making the record. Psychedelic noise guitarist Thomas Fahrni worked very closely with the band, contributing guitar parts to many of the tracks that constitute 'Primitive Energetics'.

„I lost myself in these songs during the process of making this record, and it was not an easy birth. However, I nailed the vision right between my own eyes. I‘m proud of the end result. We really hope that anyone who listens to this record will be gifted something from it, on some level. Music is an incredible thing. To bring emotions, ideas, thoughts and feelings from your heart and imagination, and to be able to give them life and form in such a vessel is pure magic“ says Joe Volk.

Bio: Joe Volk is a musician originally from Bristol, now based in Bern. He was originally signed to Invada Records, a label founded by Geoff Barrow (Portishead, BEAK>) as the singer and lyricist in the extreme hard rock band Gonga. After Barrow heard demos of Volk's own songs, he was then signed to Invada as a solo artist. His first solo album was recorded and produced by Adrian Utley, guitarist in the Bristol band Portishead. Volk was also the singer and lyricist in Crippled Black Phoenix, a band founded by Justin Greaves (Iron Monkey, Electric Wizard) along with Mogwai bassist Dominic Aitchison.

He left Gonga after releasing two albums, two singles and one EP with the band, and Crippled Black Phoenix after releasing six studio albums, one live album and one EP. After leaving CBP, he then released a split 12" EP, also on Invada, with the Japanese experimental band BORIS and completed a UK and European tour with them. After moving to Switzerland, Volk signed with Glitterhouse Records in Germany. He had worked with the label before when CBP contributed tracks to 'We Are Only Riders', the tribute album to the late Jeffrey Lee Pierce of The Gun Club. The album also featured Nick Cave, Wovenhand and Mark Lanegan.

His last solo album 'Happenings and Killings' came out in 2016 to widespread critical acclaim. Volk produced the album along with the Emmy nominated and Ivor Novello award winning writing team of Geoff Barrow and Ben Salisbury. He is also a composer, having written scores for independent European and British short films. He has had his material used by the BBC, HBO and had commissions from National Geographic. He contributed music to the Academy Award nominated documentary on Bristol street artist Banksy, entitled 'Exit Through The Gift Shop'.